The president of Peru Pedro Castillo is accused of plagiarism for the thesis he wrote to get his master’s degree. He rejects any irregular act.

Peru Public Ministry launched a probe on May 5 against the president Pedro Castillo for alleged plagiarism of his master’s thesis.

Before being president, Pedro Castillo and his wife were rural school teachers with a master’s degree they are now accused of having plagiarized. They earned a higher salary thanks to this master.

Pedro Castillo has a bachelor’s degree in Education earned in 2006 from César Vallejo University. He then attended a master’s program in Educational Psychology at the same university in 2010-2011, from which he graduated in 2013. The thesis, written with his wife, was about the impact of gender equity among teachers on primary school children learning.

The César Vallejo University was founded in 1991 by César Acuña, a candidate in the presidential elections of 2001, who was also accused of having plagiarized his thesis during the campaign.

Journalists from the TV news program Panorama ran Pedro Castillo’s thesis into the plagiarism detection software Turnitin. It resulted that 54% of the thesis was a reproduction from other authors. According to the documentary broadcast on May 1, the theoretical part of the thesis, 26 of the 121 pages, was all copy-pasted from national and foreign authors without crediting them. The couple would have also forged academic validation of the methodology used for their research.

In a statement issued on May 4, the president “rejects the ‘ill-disposed’ accusations” and “any irregular act,” arguing that the thesis was “validated with the corresponding educational quality standards”. He also argued the report lacked legitimacy as the document presented by Panorama didn’t show any record or stamp confirming this was the official document.

Pedro Castillo considered the report had a political agenda, part of a “destabilization plan”.

Panorama replied to the legitimacy accusation by sharing the order from the Court of Transparency and Access to Public Information requesting the university to provide the thesis to the journalists as all theses are public. The university had first denied access to it.

A day later, the prosecution was announced to look into crimes of aggravated plagiarism, generic falsehood and improper collection to the detriment of the State. Pedro Castillo’s wife, Lilia Paredes, is also under investigation for the thesis as co-author.

The alleged acts don’t fall under a statute of limitation, yet. But since they took place before Pedro Castillo was elected president, the public ministry cannot be in charge of the investigation, which is therefore carried out by a provincial prosecutor from the district of Tacabamba, in the northern region of Cajamarca, where Pedro Castillo and his wife made their research and wrote the thesis.

Appointed for the probe, the prosecutor Juan Ramón Tantalean Olano graduated from the same university as the presidential couple. He graduated with a bachelor’s degree in Law in 1999 and a master’s degree in Public Management in 2016. The public ministry excludes any conflicts of interest as there is no connection between them according to the law.

In an interview with Canal N, Pedro Castillo’s lawyer said that what he did was allowed at the time, before the 2014 university reform set better standards.

After the university reform, a public authority, Sunedu, was created to monitor and improve the quality of higher education in universities. But this scandal is also used as an opportunity by lawmakers to revamp the Sunedu, criticized by parliament members. Several universities owned or represented by congressmen from various parties have been closed by the Sunedu for poor educational standards, according to El Pais.

The plagiarism accusations add another complication to the presidency of Pedro Castillo, who already had four different prime ministers since the start of his mandate. Elected last June with a small margin, opposition members put pressure on him so that he resigns. They already tried to remove the president from office with a vacancy motion.

Earlier this year, the public ministry opened investigations on several cases related to Karelim López, a lobbyist who accuses Pedro Castillo of being the head of a criminal organization. The investigations on the president himself have been postponed until the end of his mandate in 2026.

But on Thursday, the same day of the plagiarism investigation opened, the public ministry announced having opened preliminary investigations of a former minister and five congressmen known as “Los Niños”, all accused by Karelim López to arrange public tenders in clandestine meetings with the president. In the last 20 years, all presidents of Peru have been stained with accusations of corruption. 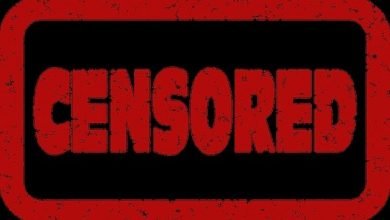