Argentina has been trying to postpone a payment of US $2.4 billion due for the end of May. Two months after the deadline, the country would be defaulting. A race against time has started.


Argentina was supposed to pay a credit of $2.4 billion dollars on May 31st to the Paris Club. If it doesn’t pay, it is granted a 2-month delay with a 9% annual interest rate to comply with its obligations. After the delay, the country would be defaulting its creditors, again.

The President Alberto Fernández says he eventually wants to pay but he asked Martín Guzmán, Argentine Finance Minister, to negotiate a truce with the Paris Club. The Paris Club is a financial group that gathers all the major state creditors in the world. It was created in 1956, as a wish for Argentina to speaks directly with the main public financiers at once rather than going to each and one of the states.

Germany and Japan have more than half of the bonds Argentina owes to the Paris Club. As the agreement with the Paris Club is a consensus, all 22 members need to agree with the solutions. As such, Alberto Fernández has been in Europe meeting with Portuguese, Spanish, Italian and French executives. He also talked with Angela Merkel, the German chancellor on a video call. Trust in Argentina’s willingness to meet its obligation is in fact a key element for the agreement.

This payment is the last deadline of the debt restructure negotiated in 2014 when Cristina Kirchner was President. In May 2019, under the President Mauricio Macri, Argentina defaulted, by providing half of the $3.8 billion to reimburse and was submitted to the negotiated 9% penalty interest rate. Since he took office, Alberto Fernández has been trying to revisit the $115 billion the country owns. In May 2020, he succeeded in delaying payment to the Paris Club for a year, while he was negotiating with the private creditors, and avoided the interest rate. But now comes the time to pay the debt, and Argentina enters into the 2-month respite before defaulting, and having the interest rate retroactively applied.

Gurmàn asked the board of the Paris Club for the due date to be postponed, which would by consequence at least avoid the increased interest rate for the next 2 months. But according to the President, the Paris Club wants Argentina to seal a deal with the International Monetary Fund first.

And negotiations with the IMF are slow. The agency borrowed $45 billion under the previous presidency, the largest bond in the history of the IMF. To restructure the debt, the Funds usually requires some economic reforms. Envoys were supposed to come to Argentina in June, which is unlikely as per the President. He thinks there can’t be an agreement before the Argentine mid-term legislative elections, due to be held in October after being postponed from August because of Covid-19. After the election, half of the seats in the Chamber of Deputies and a third of the Senate seats will be renewed. The current government is expected to lose some of them. Why a Japanese Court again ruled that legislative elections were unconstitutional 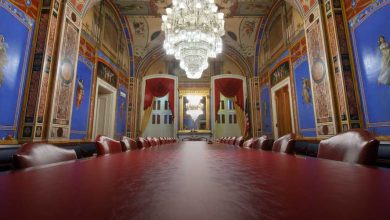