The European Parliament adopted a €4-billion plan to fight cancer. It recommends adding information about a moderate consumption of alcohol instead of health warning labels.

The European Parliament Special Committee on Beating Cancer produced a report to strengthen Europe in the fight against cancer. The Parliament in Strasbourg voted on February 15 the amendments of the BECA report.

The Parliament then adopted the resolution on the fight against cancer on Wednesday with 694 votes in favor, 15 against and 27 abstentions.

The resolution is a framework for future legislation but is not legally binding. The goal of the framework is to improve health literacy, achieve a tobacco-free Europe, reduce harmful alcohol consumption, and improve health promotion.

It is the first plan to fight cancer at the European Union level. Four billion euros (US$4.5m) are allocated to it.

An action plan to fight and prevent risks of cancer

During her speech at the European Plenary Session on Tuesday, Stella Kyriakides, European Commissioner for Health and Food Safety considered “prevention is the most effective way to tackle cancer. We need to give citizens the tools and information they need to live healthier lives – and that is why we will update the European Code against Cancer. This will give citizens up-to-date and understandable recommendations on how they can reduce the risk of cancer.”

But the plan looks at the “whole picture”. As such, on top of recommending laws for clinical trials and more drugs for rare cancers, it tackles nutritional labels for food and working conditions. It also affected the alcohol consumption, and the entire industry behind it.

But an amendment requesting to remove the recommendation has been approved by the European Parliament. Instead of health warnings, the report now recommends labels with “moderate and responsible drinking information“.

Defenders of wine feared that health warnings similar to the messages displayed for cigarettes would be applied on bottles of alcohol.

For Alessandra Moretti, Italian member of the Special Committee on Beating Cancer, “health warnings” weren’t meant for warning of risks but instead anticipating the need for a QR Code where consumers would read product information.

The BECA report also advocated for an increase of tax on alcohol beverages. An amendment to replace it by a “fair taxation system that takes into account the bigger and paramount role played by wine production in maintaining activities and jobs in rural areas” was dismissed.

The wine industry was sensitive, notably in the world’s largest producers like Italy, France and Spain, about formulation around the harm of alcohol.

Two Italian members of parliament, Paolo De Castro and Herbert Dorfmannm, were the first of 150 European MPs advocating for a vision based on a moderate and responsible consumption of alcohol.

They mostly came from the European People, Social & Democrats, and Renew Europe parties, which are the three largest representations in the Parliament gathering 60% of votes.

For defenders of wine, moderate consumption of wine is completely part of the Mediterranean diet.

Herbert Dorfmann tweeted: “Wine, beer and spirits are part of our way of life. We need moderation, not prohibition.”

For Dolors Montserrat, Spanish spokesperson of the European People’s Party, “we reject the abusive consumption of alcohol, which is harmful to health, and we defend the moderate consumption of wine and our well-known Mediterranean diet“.

Reducing harmful alcohol consumption by at least 10% by 2025

For the French politician Irene Tolleret Vaccinee from Renew Europe the text is now more balanced with the distinction between moderate and excessive consumption.

Coldiretti, an Italian trade organization representing 1.5 million farmers in Europe, in a statement goes as far as considering that “the European Parliament saves almost ten thousand years of wine history. […] The rightful commitment of the European Union to protect health of citizens cannot translate into simplistic decisions that risk to unfairly criminalize products regardless of the quantity consumed“.

But for Stella Kyriakides, “there is no intention of targeting gastronomic culture. Our work aims at guaranteeing effective prevention and treatment systems for all Europeans and is based on scientific data”, Il Giornale reported.

Alessandra Moretti highlighted the report isn’t an attack on wine. The word itself doesn’t even appear in the text. It mentions the molecule of alcohol, a potent carcinogenic substance. She justifies the text now includes the notion of proportional risk: With minimum consumption, minimum risk.

However, the report will still include that “there is no safe level of alcohol consumption when it comes to cancer prevention“. The amendment to remove that part has been rejected, as a way to satisfy all parts.

The European Commission aims at reducing “harmful alcohol consumption” by at least 10% by 2025. 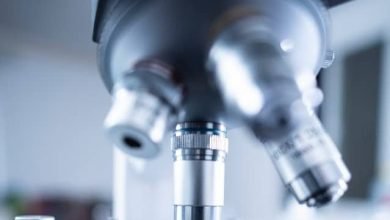